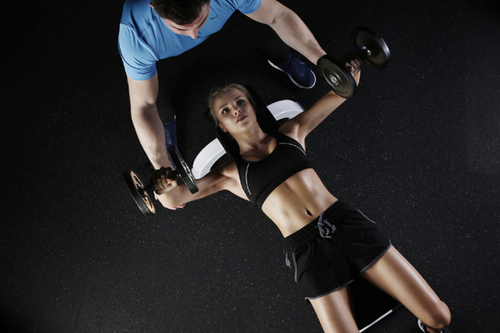 A bad habit of most newbies who are starting with a muscle building or bodybuilding program is to focus only on showy body parts and neglect major portion of their body. They put in all their time and effort into selected muscle groups like biceps, chest, abs that get noticed more easily by outsiders.

This is a very big mistake made by most amateurs and you should make sure that you are not doing any such mistake. Don't let yourself fall into the same trap. This is an example of negative thinking and you should be rather focusing on building every muscle in your body with equal focus and intensity. Your goal should not be muscle gain in only certain parts but you should look for body muscle gain in totality. Each and every part of your body should gain muscles in proportionate manner.

From a bodybuilder or health perspective , there is no explanation as to why would someone want to put more emphasis on their chest instead of their back? One possible reasoning, though flawed, is that the chest and the bench press have somehow become a landmark for judging muscularity and strength?

May be its because the chest is generally considered to be more sexually appealing to the members of opposite sex. However, it would not make much sense since the 70% of your entire upper-body muscle mass resides in your back (your lats, traps, spinal erectors). So is the chest really deserving of the importance that is paid to it? Trust me, if you have a big developed back, it will make you look so much larger and muscular as compared to a well developed chest.

It's not that the chest is not as important as the back, however a competition between the two where only one is given all the advantage and attention is not good and will bring more harm to you then benefit in the long run.

The idea is pretty simple if you accept it, each muscle has a own unique role. For a true bodybuilder, this kind of preferential behavior towards certain muscle groups is more whimsical then logical. If you really want to get muscular and get an admirable physique then focus on your entire body.

A disproportionate body structure is equally bad. Think of fitting a car body on truck tires. Sounds awkward, right? That is how it looks when you have well developed chest but weak biceps or really bulky biceps but weak thighs. It is extremely important to try and develop each muscle to its maximum potential.

I suggest that you should pick up a muscle building program that highlights all the muscle groups.